HomeBlogNewsA first for refuelling in Monaco 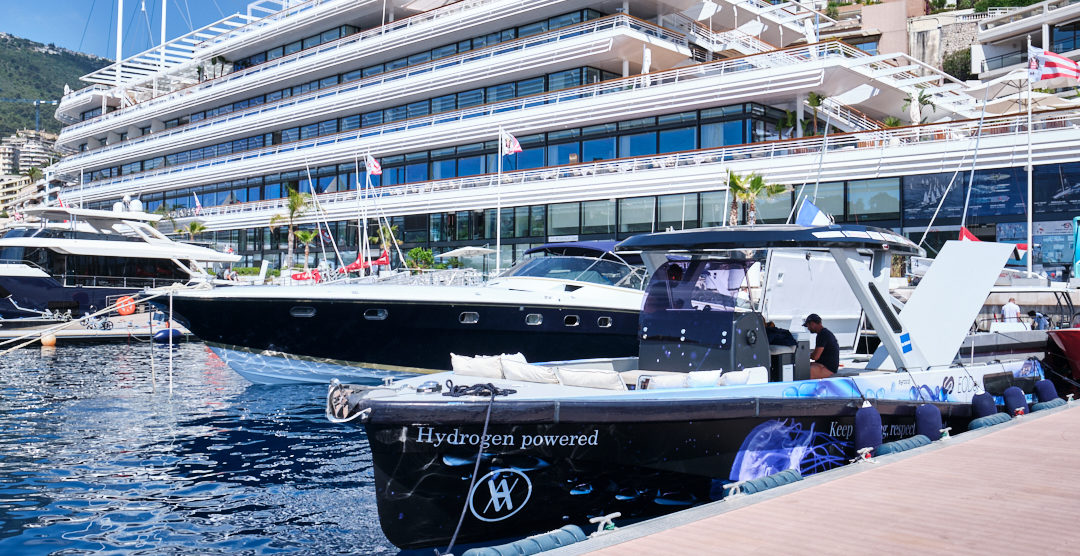 Friday 2nd July 2021. Just a few days before the 8th Monaco Energy Boat Challenge kicks off the HYNOVA 40 competing in the Open Sea Class made its entrance into the Principality. With capacity for 12 people, the 12m boat has two electric engines powered by a hydrogen-electric hybrid system. It was an obvious choice for Hynova Yacht founder and CEO Chloé Zaied for whom this solution makes a notable difference from a technological and ecological point of view, being safe and sustainable.

Moored on Quai Louis II, within a mandatory perimeter, is an unusual refuelling station where the HYNOVA 40 on Friday morning was able to fill up – with green hydrogen! It’s a first for Monaco which is continuing a tradition of supporting innovation that started in 1904 when the country hosted the first powerboat meetings to test cutting-edge engine technology on the sea. It took just a few minutes to complete the very normal looking refuelling operation. HYNOVA 40 is the first recreational boat to be equipped with EODev' REXH2, a zero emission, quiet, hydrogen-electric hybrid. With a full “tank” it can travel for five hours at 10 knots and over two hours 15 minutes at 22 knots.  Already seen in Monaco on 22nd September 2020 at Monaco Capital of Yachting Experience, the 12m HYNOVA 40 tender will be on the start of the contests in the Open Sea Class programme namely the parade, sea trials, manoeuvrability challenge, a 16 nautical mile coastal race (Monaco-Ventimiglia-Monaco), the speed record and an endurance course.

Technology applied on all levels

This week is also a chance to see other new technologies in action, for example the flexible solar [...]
Read more 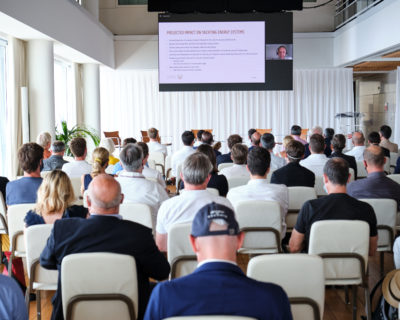 As well as the daily Tech Talks in open source, on Thursday 7th July a full-day conference will focus [...]
Read more