It may have been forced to change format for the first time since its launch in 2014, but this summer’s Monaco Solar & Energy Boat Challenge will go ahead – online – as exchanges on Open Source between participants is one of the building blocks on which this event focused on innovative propulsion systems has been built.

A first-ever “virtual” competition that fully respects health policies around the world, as YCM General Secretary Bernard d’Alessandri explains: “Given the situation and to continue supporting the hard work already put in by teams, we felt we had to adapt. With all the uncertainty, we are not able to host a conventional event for the public. Last year, we had over a thousand visitors through the village and 350 participants. We had to find a solution to keep it going without contravening the guidelines.”

Organised by the Yacht Club de Monaco alongside the Prince Albert II of Monaco Foundation and International Powerboating Federation, for seven years this unique event has focused on zero emission propulsion, bringing together researchers, academics, future engineers, inventors, and yachting and energy professionals. All share the same ambition to develop alternative propulsion systems to build the future of yachting. 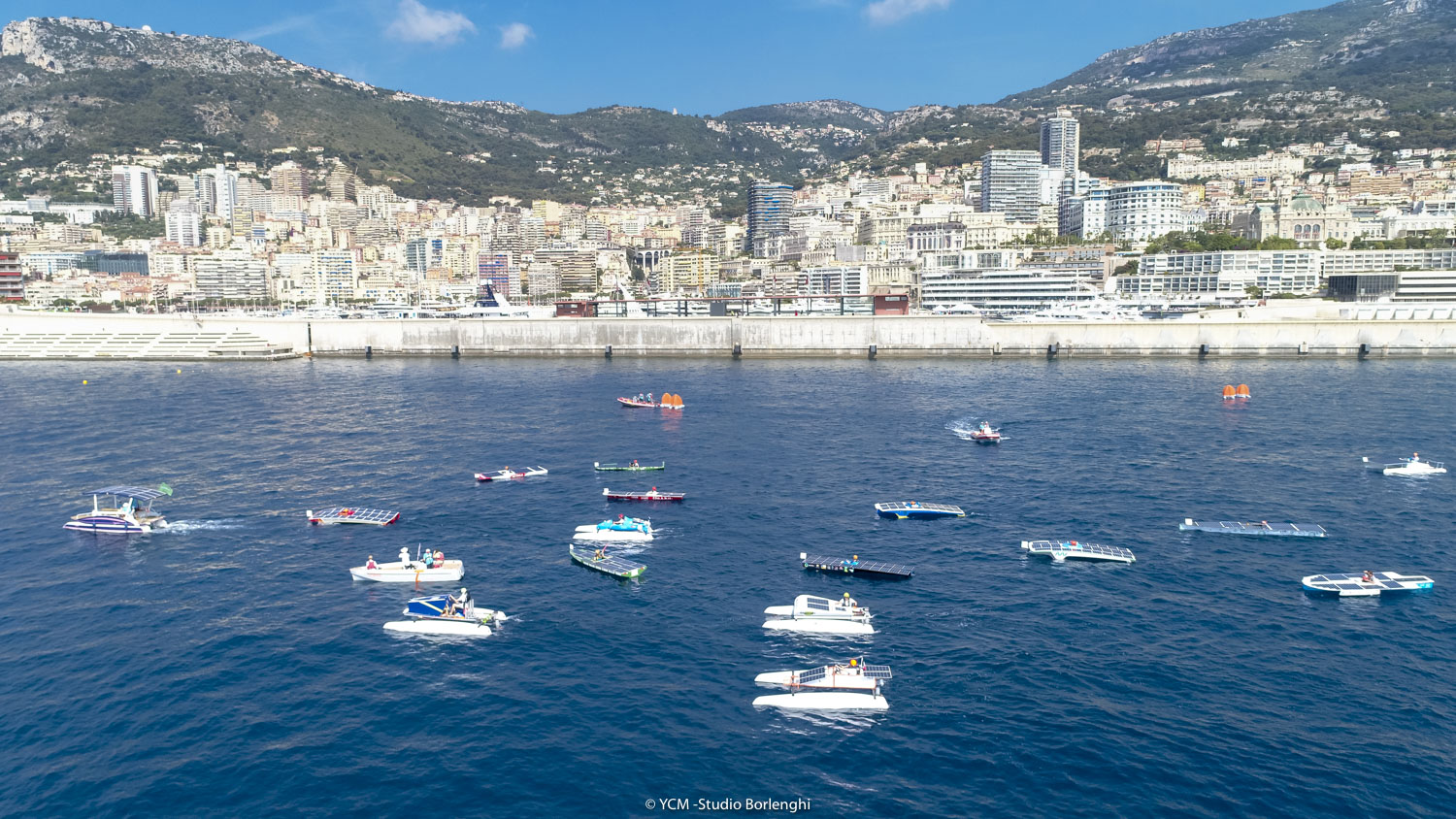 In consultation with Iqos and long-time partners Credit Suisse, and BMW and Yachting Partners International who are supporting this year’s event, the Monaco Solar & Energy Boat Challenge has opted for a virtual version, exploiting modern communication resources to ensure a quality meeting.

Participants in the three classes – Solar, Energy Class and Open Sea – have until 31st May to submit a presentation of their project to a Technical Jury of professionals, key players in the industry and partners. Each team then has an opportunity to defend their work in an oral interview organised between 30th June and 4th July, before an online awards ceremony on Saturday evening.

There are three awards. An Innovation Prize for the most advanced improvements of visionary and relevant innovations, the aim being to promote systems that can be adapted to meet the sector’s requirements from a production and pricing point of view. Candidates also have to prepare a written presentation of their project supported by photos, sketches or videos, plus a critical analysis of the advantages and disadvantages. Their conclusions should be based on tests carried out to prove the efficiency of the boat and its clean energy fuel source.

The Eco Conception Prize puts the spotlight not only on the efficiency of the materials and processes used, but also its contribution to science and the teams’ commitment to sharing good practices. Participation in a collaborative approach, preventive actions, the boat’s performance and reduced impact on the environment are key cornerstones of the project in this category, which also requires a written presentation and analysis to be submitted as above.

Finally, the Spirit Prize reflects the spirit of the competition by rewarding participants for originality in how they present their work, the team, their boat, how it evolved and the technical work achieved over the past few months.

The winners in each of the three categories (all classes combined) will receive a cheque for €2,000. 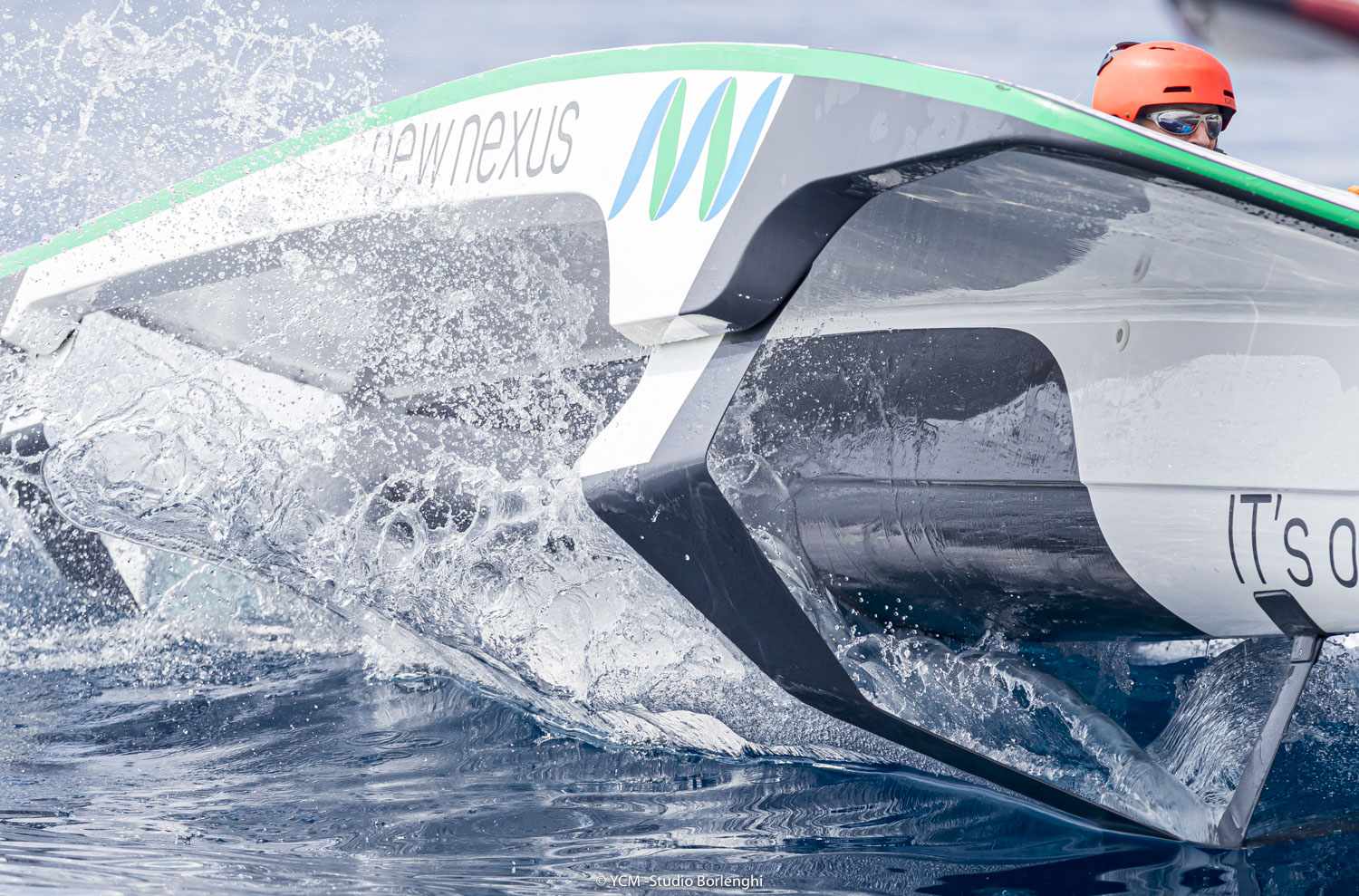 Be it improved battery design, solar panels or employing biomimetics to replace the propellers on a boat to imitate the way fish swim, these are just some of the advances made at the last edition. And bets are on that this year will see many more new discoveries and technical feats unveiled.

Exchanges all year round

Living up to its reputation as ‘Capital of Yachting’, Monaco is positioning itself as an incubator of new ideas in this field, as evidenced by the year-round webinars, free online technical discussions chaired by professionals and open to all. These meetings (five held so far) provide a valuable link between the industry and contestants, giving them access to new information to feed into their experience.

This series of virtual conferences kicked off with a focus on the evolution of ship design and engineering chaired by Simon Brealey (Lateral Naval Architecture), in particular the current specific needs of superyachts in this sector.

Erwan Grossmann (Kairos) then reviewed bio-composites production and their environmental impact. A relevant debate not only to highlight the general and mechanical properties of these fibres, resins and alternative base materials but also to understand how they can influence the evolution of yacht design.

While these sessions discuss the issues, they are also a chance to talk to the experts, people like Jérémie Lagarrigue (Energy Observer) who answered numerous questions relating to the Energy Class, and Franziska Steidle-Sailer and Christine Funck (Aquon) who redefined sustainable yachting.

At the webinar on 30th April, marine propulsion completed a non-exhaustive list of topics. There was talk of an energy-consuming, dangerous, costly, noisy propeller, so many black marks against current systems that a solution has to be found. That is according to Harold Guillemin (FinX) who gave an update on progress being made with biomimetic technology that could replace it with compact ever-more efficient membranes. 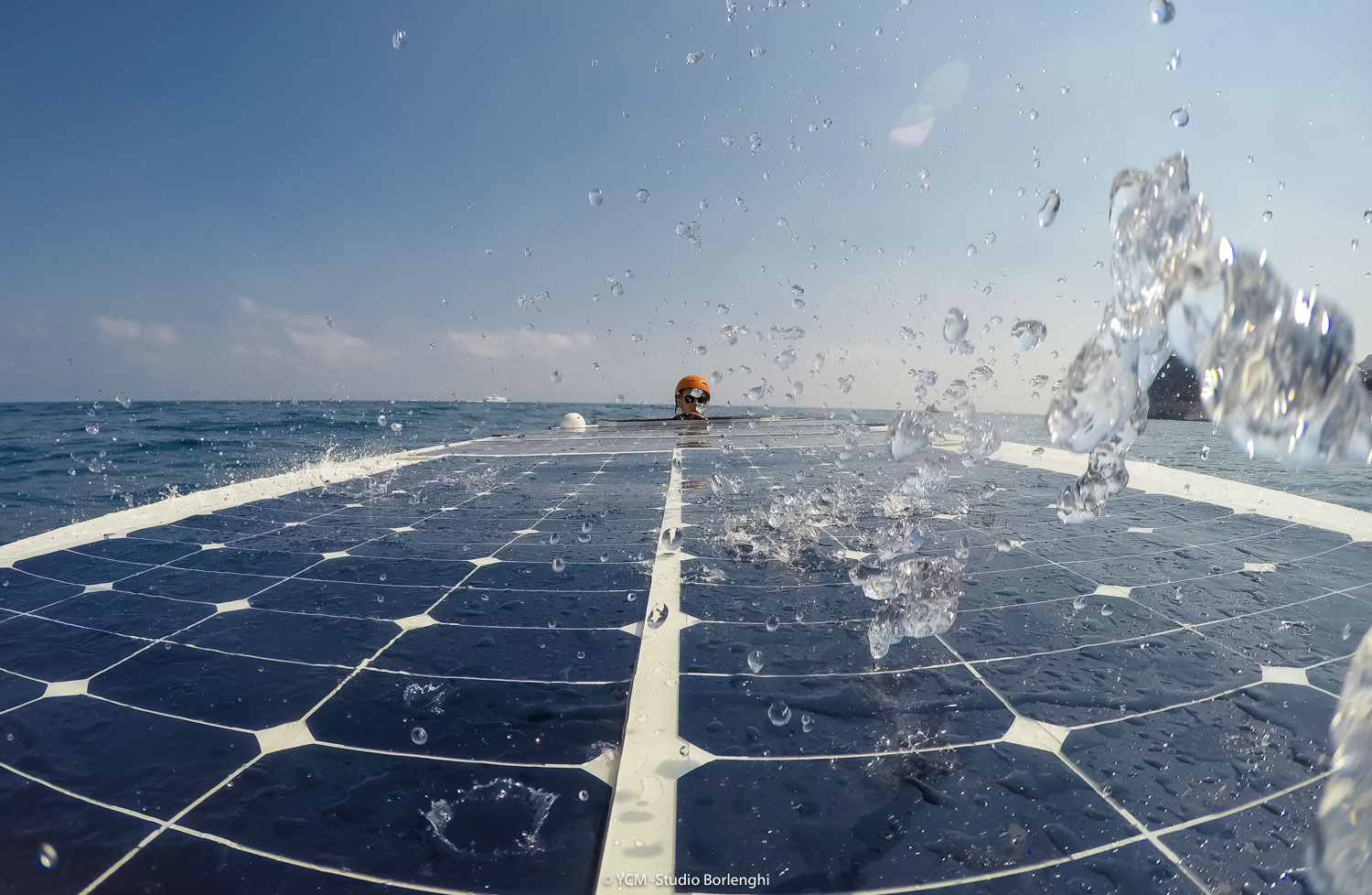 Job Forum: unrivalled pool of talent for the industry

Launched in 2019, the Job Forum is proving an excellent opportunity for students and nautical sector professionals to stay in touch all year round via this online platform. Potential employers can post vacancies on it and students their CVs and letter of motivation. A win-win situation for both sides: for example, in 2019 Energy Observer representatives interviewed 15 students, going on to hire eight of them, with a similar scenario for Torqeedo and Azura Marine.

Local companies have their working group

At YCM General Secretary Bernard d’Alessandri’s instigation, a commission dedicated to alternative energy sources was set up in September 2019. The initiative is part of a move to become a Yachting Centre of Excellence with a mission to motivate those involved in the sector, be they Monegasque (Laneva) or operating locally (Vita, Candela, Suncv…), to join forces on innovative projects. Brought together in a working group that meets every two months, the commission discusses new developments and potential synergies. At their last meeting, for example, Vita announced the launch of a new Vita Supercharger that could be adapted to suit other boats.

For yachting fans the meeting is still on, behind computer screens, from 30th June to 4th July 2020, lifting the veil on what’s new at this highly anticipated 7th Monaco Solar & Energy Boat Challenge.